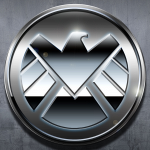 That's Why I live in America

That's Why I live in America

How many of the former BBUS houseguests are still around? The answer is all but one (R.I.P. Kent). Once you play the game there is no escaping the BB Fandom. I scour the internet to find all their information and I work across every BB franchises. If there is anyone you want me to find let me know!

Number 10: Tyler is another player whose gameplay will be downplayed simply because he didn't win. He won 6 competitions the entire season and his social game was so strong he could have made it to final 2 winning half of that. He nearly went the entire season without being nominated but his delusion of the jury cost him the win. Even with that major flaw he played one of the better games we have ever seen.

Number 9: Let me start off by saying that I think Dick is one of the most overrated players in Big Brother history. If it wasn't for production rigging the game for him he would've been the first member of the jury. Even with this help he still proved he was an amazing player. Rachel Reilly isn't on this list for the simple reason that she had too much help from the producers. Dick used bullying tactics to gain power over his fellow players and it somehow worked. Being in an obvious alliance and both being nominated multiple times and making it to Final 2 counts for a lot. Dick proved age was just a number when he became the oldest player to win Big Brother.

Number 8: I already know that you're thinking that Janelle is too low on this list...well no. Janelle is the MOST overrated player in the history of Big Brother. In her seasons she had little to no social strategy. She relied entirely on her competitiveness, but she was a huge weapon because she was so lucky and was a beast at winning competitions. To her credit, every time she was targeted she won. In her three seasons, she was nominated a whopping 10 times which is more than any player ever which has to make her the most clutch player ever. She just never did it when it counted. Statistically speaking not many players can match her numbers. She holds a number of records like most HOH and Veto comps won in a season (9) with a ridiculous winning percentage of 60% in Big Brother All-Stars. That is 20% higher than the second placeholder Frank in Big Brother 14. She has 13 comp wins in her three seasons which is 1 less than the record, also has 7 POV wins in her three seasons again good for second place all time. In her first two seasons, she was in the house 94% of the possible days due to her making it to final 3 twice. She didn't have much strategy but is the most dominant comp beast in Big Brother History. Number 7:

Mike is one of the smartest players to ever play Big Brother history. He could see several weeks ahead which he proved Big Brother 2 and Big Brother 14. A lot of people say he was carried by Will in Big brother All-Stars but I disagree. Will said himself that neither of them could have made it as far as they did without each other. If they weren't a duo they would have just been looked at as another floater to the Sovereign Six. That was an impeccable gaming strategy because it aligned them with other bigger alliances and forced floaters to look for alliance members and guess who they wanted to align with... ChillTown! Will did a lot of the work but Mike has incredible Big brother vision. Even when Will was evicted he won his way to the final 2. His strategy was good enough that even if he would have taken Janelle he had a high probability of winning according to the BB7 jury. And to put the cherry on top he won the one and only All-Star season.

Vanessa really has it all. She could win competitions and had a great strategy. Only thing is she cried through the whole thing making it annoying but entertaining to watch. She could spread her influence to pretty much any houseguest and was responsible for almost every eviction. She never took a week off and was there to play. She played hard from the very start all the way to the end which is very rare in Big Brother. Usually, the people that play hard go early and a lot of the people that make it far play quiet and then play hard in the second half of the season. Her game was unprecedented. If you don't think Vanessa deserves to be on this list you must be like, silly.

This woman is the single reason the jury house exist. Even the producers saw what a phenomenal player she was. If she wins Big brother 3 I think we might be talking about Danielle being the greatest player of all time. She and her alliance member Jason were the first players to make it through the entire season without being nominated which wouldn't be done until 12 years later. Danielle was ruthless in her Big Brother 3 game, she was never nominated because she put herself in perfect position every week by lying and manipulating the other houseguests. Evidence of this is every member of the final 5 would've taken her to the final 2. In Big Brother All Stars she came into the house with no allies and made it to final 6. She had to be taken out by the greatest alliance in history.

Paul is the most versatile player in Big Brother history. He made it to final 2 in two different seasons playing completely different games. His first game in Big brother 18 was very defensive. He played a game based on loyalty and friendship, because of his big personality, he was targeted the first weeks in the house. Paul pulled out every trick in the book to escpae evction in BB18. He was a target for most of the season. His Big Brother 19 game could best be described as dominant. He got everyone to trust him and then stabbed them all in the back (They didn't appreciate it very much). He was able to get other pairs in the house to target each other to the point where no one looked at him as a threat even though he was controlling every eviction. He also used intimidation and bullying tactics to get his agenda done in weeks which was not well recived by fans or the players. He has a total 8 votes to win Big Brother. Statically one could mistake him for the greatest player of all time. He has spent 100% of the total eligible days possible in the Big brother house with a total of 191 days a BB record. He was won more POVs (8) and HOHs(6), then anyone in Big Brother history with a cumulative win total of 14 Veto and HOH comps which is the most by any player ever.

Derrick's game will never be repeated again. He was never nominated when there were 4 nominees a week. He only won comps when he needed to and socially played one of the best games ever. If anyone caught onto what he was doing he ensured that they were evited and lucky for him the jury respected that rather than being bitter about it and the award him the win. Derrick seems to be super cocky after his win and doesn't look like he has the guts to play again.

Dan could easily be considered the greatest player of all time. In Big Brother 10 he stayed quiet the first few weeks and let the drama happen (there was a lot of it) and in the second half of the game he picked up his game and played on of the most strategic games Big Brother has ever seen. In Big Brother 14 he somehow was even better. Initially coming as a coach he drafted a terrible team and would have been gone if he didn't enter the game. He played hard most of the game. He came up with the best move in Big Brother history with his funeral. He got everyone to trust him going as far as to swearing on his family and on God which is a huge deal because he is Catholic. He has played twice and made it to the final 2 twice. He is the only player to receive every jury vote and the only player to play a Perfect Game. In the 2 times he has played he has 0 votes to evict.

There will never be another Dr. Evil in Big Brother history. He formed the first alliance in Big Brother history and got everyone to hate and love him at the same time. His strategy was to throw every competition and lie as much as possible. The crazy thing is he was honest about lying openly telling his fellow houseguest that he would lie to them. He relied entirely on and his social and manipulative gameplay. He never took a week off either. His allaince was targeted every week in Big Brother 2 but he managed to stay by spreading lies and paranoia thought the house manipulating every eviction and of course stabbing players in the back. He and Mike totally dominated Big Brother All-Stars. His manipulation ability was on full display. He would volunteer to be nominated almost every week and when he was in danger he still threw every competition. He made targets out of every player in the house besides himself and Mike. Any negative energy in the house he was able to deflect it off himself and but the blame on other players despite being the one to cause all the chaos. He never won a single HOH or POV competition but he did win Big Brother and the reputation as the greatest Big Brother player ever.

Retrieved from "https://bigbrother.fandom.com/wiki/User:That%27s_Why_I_live_in_America?oldid=149824"
Community content is available under CC-BY-SA unless otherwise noted.