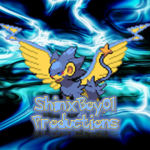 I'm writing this because I'm bored:
My favorite Big Brother format is the North American version because I love the competitive aspect that the other versions lack - they seem like popularity contests. The first season I ever watched was BB14 (first episode I ever watched was when Janelle got evicted, tragic), and then the first full season I watched was BB15. Starting with BB16 I became a live feeder/watched BBAD alongside the real show. I went back to watch older seasons (613), along with rewatching 14 in its entirety. Big Brother 7 is my favorite US season and overall season. The first Canadian season I watched was BBCAN4, from beginning to end. BBCAN5 is my favorite Canadian season. I went back and watched CAN3 but not 1 or 2, but I watched enough clips and did enough research to prepare myself for BBCAN5.

Season 8 didn't have an official winner but Sheldon left the house last, that's good enough for me.

Which Season Produced The Most Finalists?

Looking at people's original seasons. Dan and Paul made F2 twice, so they're counted twice. BB7 and 22 didn't debut any new players so they aren't shown here. Currently BB2, 12 and 16 are tied with the most winners at 2 - those three seasons, along with BB4, 10 and 17 produced the most finalists overall with 3, plus BB1 and OTT who had F3s and not F2s. BB22 contestants showcased with their OG seasons.

Retrieved from "https://bigbrother.fandom.com/wiki/User:ShinxBoy1?oldid=248443"
Community content is available under CC-BY-SA unless otherwise noted.