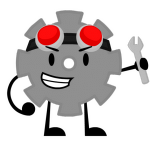 This is your user page. Please edit this page to tell the community about yourself!

JonScallion is the fifth and current season of Big Brother Canada.

Note: In Week 4, Demetres was initially a Have-Not, but he won HOH during "Backwards Week" changing his status to a Have.
Note: Jackie was named a Have-Not but during the previous week's task she won a Slop Pass. Jackie does not have to eat slop, but still have to sleep in the Have-Not Room and take cold showers.''

+ signifies HOH for the week, thus automatic "Have" rights.

Retrieved from "https://bigbrother.fandom.com/wiki/User:JonScallion?oldid=92181"
Community content is available under CC-BY-SA unless otherwise noted.