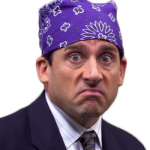 BBCAN7 Popularity Poll
Every week, a poll would be released to determine which of the current BBCAN7 houseguests are your favorite. For the final week, all houseguests would be eligible to participate in the poll. Here are the weekly results:

BB21 Popularity Poll
Every week, a poll would be released to determine which of BB21 houseguests are your favorite. This time, all housemates are eligible for each poll.

Note: For this fake season, Paul wouldn't participate in the game, but instead, all of his actions would be replaced by Megan.

Retrieved from "https://bigbrother.fandom.com/wiki/User:789QA?oldid=211127"
Community content is available under CC-BY-SA unless otherwise noted.