Global is one of the major broadcast television networks in Canada, owned by Corus Entertainment. As of 2015, it is the home of Big Brother Canada, the country's English-language version of Big Brother. Global has also aired Big Brother U.S. (BBUS) since its inception in 2000.

In addition to BBUS, Global is the Canadian home of several other CBS programming brands, including Survivor, NCIS and The Late Show.

Global has aired every season of BBUS since 2000, except Big Brother: Over The Top, which was exclusive to CBS's video on demand platform CBS All Access.

After the first two seasons of the show proved successful, it was announced in 2014 that BBCAN had been renewed for its third season, and would move to Global, where it has remained since.

On June 5th, 2017, just a few weeks after season five concluded, Global announced that it would be putting BBCAN on 'hiatus'. A media statement from the network insisted: "Global remains the broadcaster for Big Brother." Following a backlash from fans and viewers, Global announced on July 21st, 2017 that it had reversed its decision, and the show was no longer on hiatus. BBCAN returned for its sixth season on March 7th, 2017. 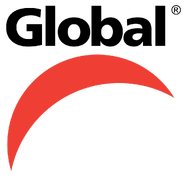 Add a photo to this gallery

Retrieved from "https://bigbrother.fandom.com/wiki/Global?oldid=276505"
Community content is available under CC-BY-SA unless otherwise noted.